The Horror of Will-Burns’ Night

The Horror of Will-Burns’ Night

Dogs do a lot of embarrassing things.  I get that and I make no excuses for me or my kind. I am what I am.

But what I am not, is a middle-aged human who exploits tenuous ancestral ties and an interest in raunchy poetry to throw a debauched birthday tribute party based on drinking large amounts of expensive Scotch and eating super nasty food I wouldn’t serve a cat. 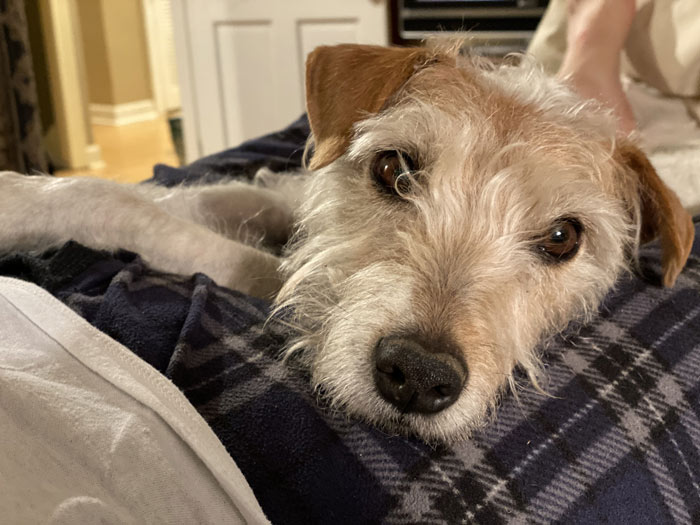 Wearing plaid pjs does NOT make you Scottish. Just sayin.

A ‘birthday party’ that turns into an eighties dance party.

And the next day, about 20 silently-endured-therefore-obviously-middle-aged, hangovers.

I am of course talking about Him, men in skirts, and some sex obsessed guy named Robbie Burns from seventeenhundredandwhatever who apparently cleaned up his act enough to write ‘Auld Lang Syne’ for teary grandmothers on New Year’s Eve. 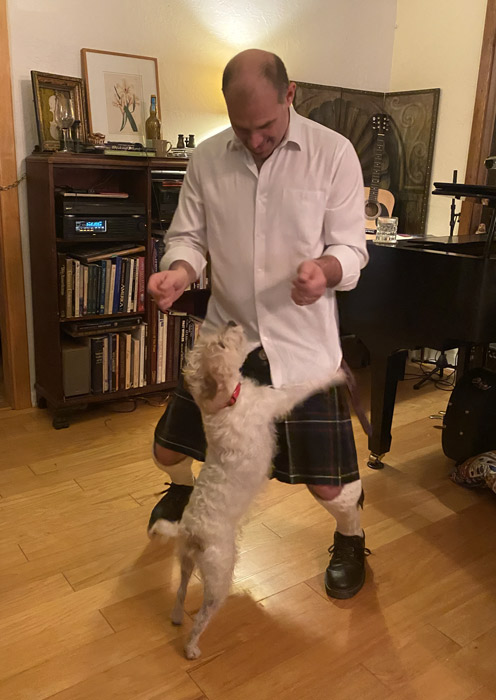 If I told you what we were dancing to you’d lose all respect for me.

It has taken me literally five weeks to get over the trauma of being forced to dance to Gary Numan with a man in a dress.  I’m only talking to Siri about it now and I had to stop after that second paragraph and go take a run.

Here’s what these cultural appropriators do:

Just let that last one sink in a moment. American Scottish accents.  What does that even mean?

Half of these people need knee replacements.  I know – I could see their damn knees.

In Her defense – which granted, I don’t come to often – it’s got to be said that this is totally His Circus. Pretty much all She does is put out a tray of mustard to make the beef bung taste better.

And this year Her neck was so stiff from a car accident that She didn’t even start dancing to Come On Eileen. 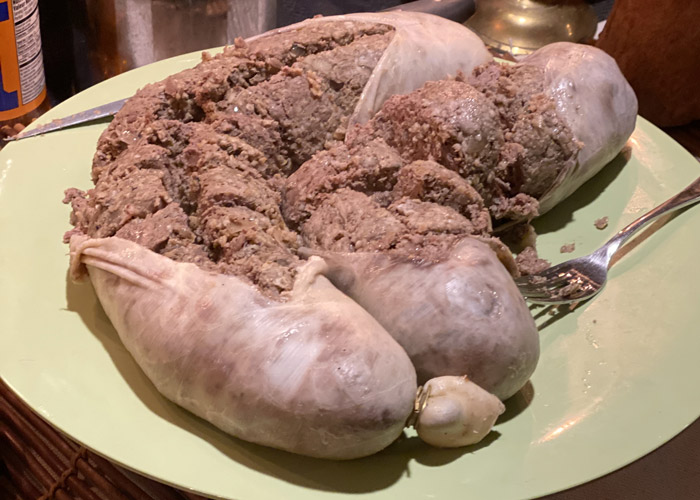 It should be illegal to post this photo. Yes they ate that.

And She didn’t make me dance.  He did.

That sporran of His doesn’t hold much, but I’m pretty sure He roofied me. 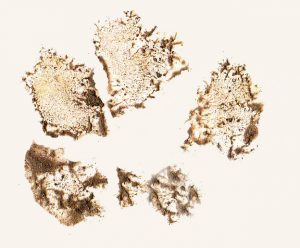 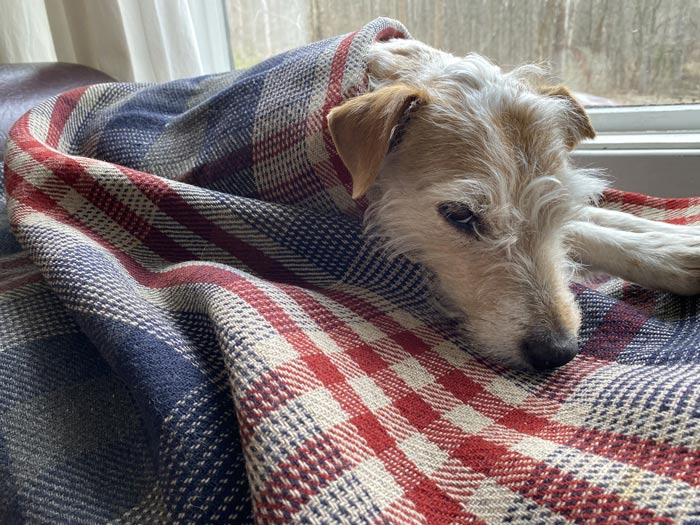