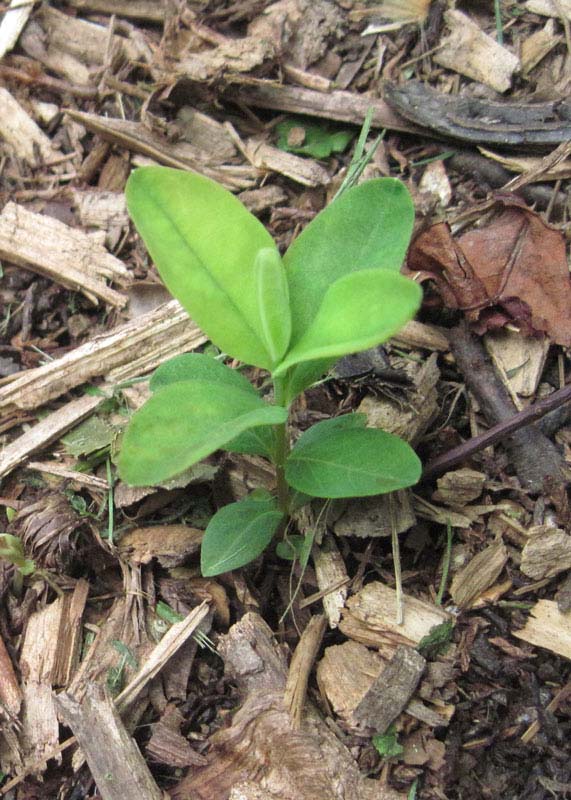 This morning I caught my breath to find new shoots breaking through the soil on a St. John’s Wort I thought had died in transit from Oregon several weeks ago. Hypericum calycinum is not a difficult plant, nor as rare as the nursery finds that shared its cramped suitcase on the flight home; but as with many plants in our lives as gardeners, its former provenance gives it a special place in my affections.

In a modest little garden in the town of Bandon-by-the Sea, this plant had strong armed its way through beds and pots, stopping short only in the face of concrete steps and walkways. The garden was that of my much-loved godmother – my Auntie Derith – who had passed away days before my visit. With my daughter Emma, and Ollie, a friend and carer of my aunt, I struggled against it for a couple hours, only to impulsively throw a few hacked cuttings in a bag as we left the house for the last time. 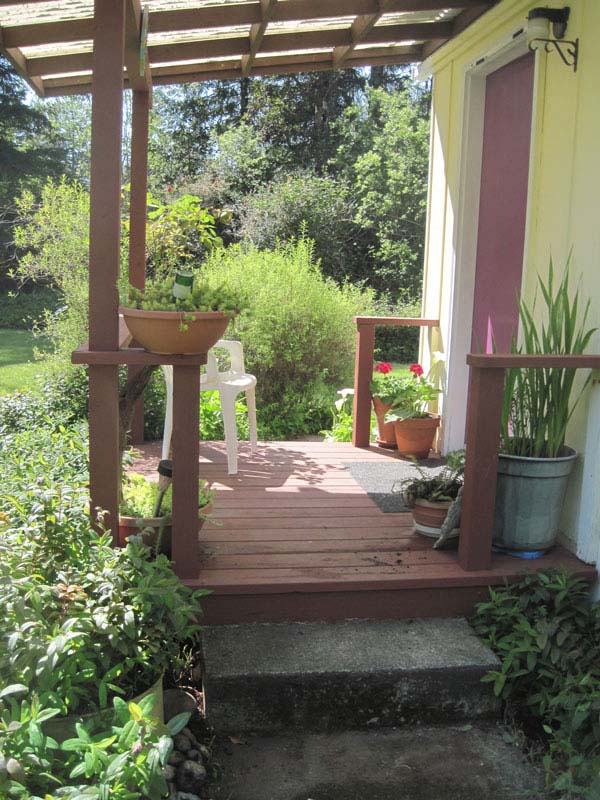 We had been tidying the garden, in the way one does when one doesn’t quite know what else to do in the face of death and grief. My aunt may or may not have approved, as she took great joy in the wildness of her outside space that encouraged wildlife and created a playground for her own animals.

While Emma laid on the grass with a book, and Ollie and I pulled and trimmed, it occurred to me that the only being with my aunt’s full approval would have been Zoey, Ollie’s dog, who was currently smothering wild calla lilies under a hedge and taking great pleasure from the cool earth and the human activity around her.

My Aunt Derith proudly went by the title of “Miss” for all of the 89 years she spent on this earth – the quintessential English spinster with a lively sense of humor and a sharp tongue when she was vexed. She was frugal to the point of absurdity, and kept a container under the faucet to catch every spare drop for later use. Staying with her as a over-bathed American teenager was a test of both our temperaments, and lectures were severe and terrifying.

But she was the only woman I have ever known that loved her birthdays – to such an extent that in her later years she began to celebrate her half birthdays “…in case I don’t make it to my next one my dear!” At 87, she began celebrating her ¾ birthdays, and succeeded in shaming me for dreading my own, as I was more than forty years her junior.

During the war, she had driven trucks in Italy, later emigrating to America on an ocean liner, wearing a headscarf against the wind, which, thanks to the kindness of Ollie, now belongs to me. And after many years in San Francisco (on whose famous hills she taught me to drive a manual transmission), she moved to Bandon and began a new life in her early sixties – a testament to our power as human beings to take charge of our lives, live carefully and with purpose, and never feel we are too old to do anything. 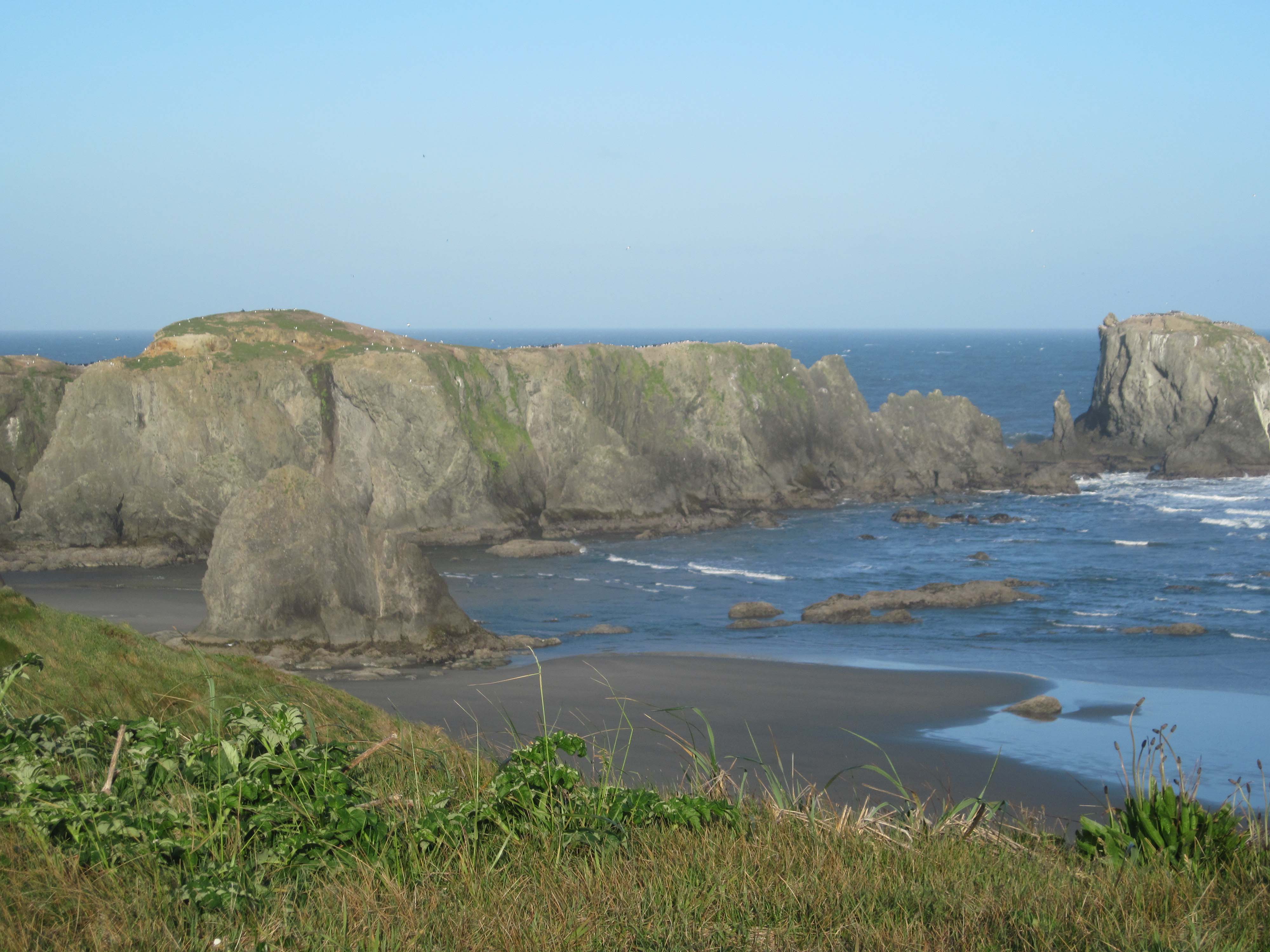 It is a function of life that we will experience greater loss as we grow older. I have certainly proven the rule this year, with too many lost – in turns grieving and being grateful that I have not been faced with such loss earlier in my life. And it may be trite, and too oft cited by garden writers, but my garden connects me to those people every day in the form of plants and landscape design. Aunt Derith’s hypericum; my friend Mary Ann’s golden privet; a precious aloe from Phil’s garden in California; the choice to line walkways with grasses á la Jeanne. How thankful I am that I have these and many other reminders of people who have made my life richer by sharing their lives with me. 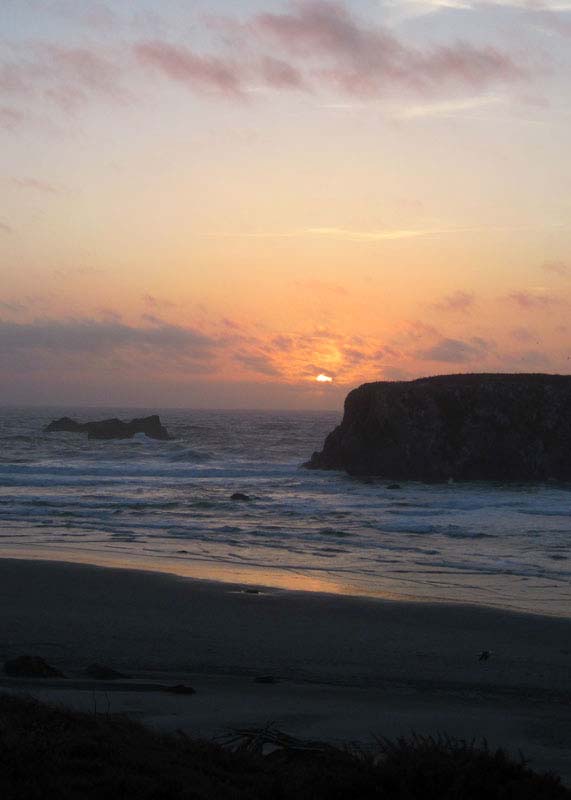 St. John’s Wort is traditionally used for the cure of melancholy and depression, and certainly on this quiet, overcast morning, the sight of these new shoots has made me smile and finally allowed me to write these words without too much sadness. No doubt I will be tearing out fistfuls of this aggressive spreader in a few years, smirking in the irony of it all and worrying that it will take over my garden. But then, worry is pointless, as Auntie Derith often reminded me with this favorite saying:

It’s not the same without her snorts and giggles at the end, but the sentiment stays with me and will remind me to approach my birthday a little differently this year. Goodbye Auntie Derith – wherever we end up shaking hands and kissing cheeks in the hereafter, I look forward to it.