Order from Chaos: A Season with Raised Beds

Order from Chaos: A Season with Raised Beds 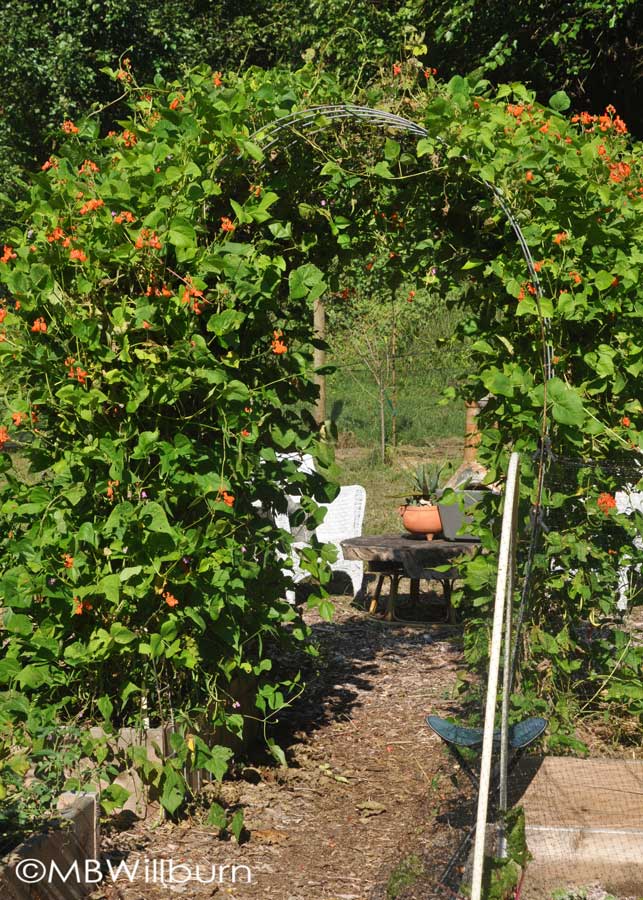 September is bringing cool, early morning breezes to the garden which invite a bit of work – albeit under the pretext of slipping outside for a wander with coffee in hand.  Lower humidity levels have also been gifted to us, quite possibly making it an actual crime to go inside when life has finally returned to the garden.

This week my work has focused on the vegetable garden, and I find myself quite satisfied with the choice I made this year to install raised beds. There is no doubt in my mind that they are the reason that there is fresh salsa in the fridge and okra pickling quietly in jars.

By this time last year I had all but given up upon the 2’x16’ plot I’d laboriously tilled, enriched, planted and protected. Granted, it was a bit of an afterthought – a reaction to the fact that two years had passed since we had moved to our new place and I was still farming beds at a nearby community garden.

Friends had started to raise eyebrows that there were no tomatoes to grab quickly for a summer salad, yet rare shady ornamentals were rapidly populating the upper beds near the house.  I knew that I didn’t have time to construct the raised beds that had been so successful in earlier gardens, so I pulled out the tiller in early March and broke ground in the middle of the sunny field where I’d planned for beds in the future. Hell, I figured – if ridge and furrow got the job done throughout the Middle Ages, why couldn’t I deal with one long bed in the ground?

At first, all went well – which is to be expected in early March.  There is no rampant vegetative growth, winter has beaten back anything but the strongest stalks on perennial weeds, and spring rains lightly fall on new seedlings set brightly against black earth.  Promise and excitement are the hallmarks of the early spring garden – whatever it happens to be.

For those familiar with a Mid-Atlantic growing season, I really don’t need to finish up this story, except to say that the groundhogs ate well that year, provided they could find the bed in the first place.  As the season wore on, the mower gave it an ever-increasing berth, and my 2’x16’ bed in the middle of a field became a 4’x20’ tangle of bind weed, Johnson grass and the occasional bit of basil struggling for sunlight.

In short, the snakes were happy and I was not. 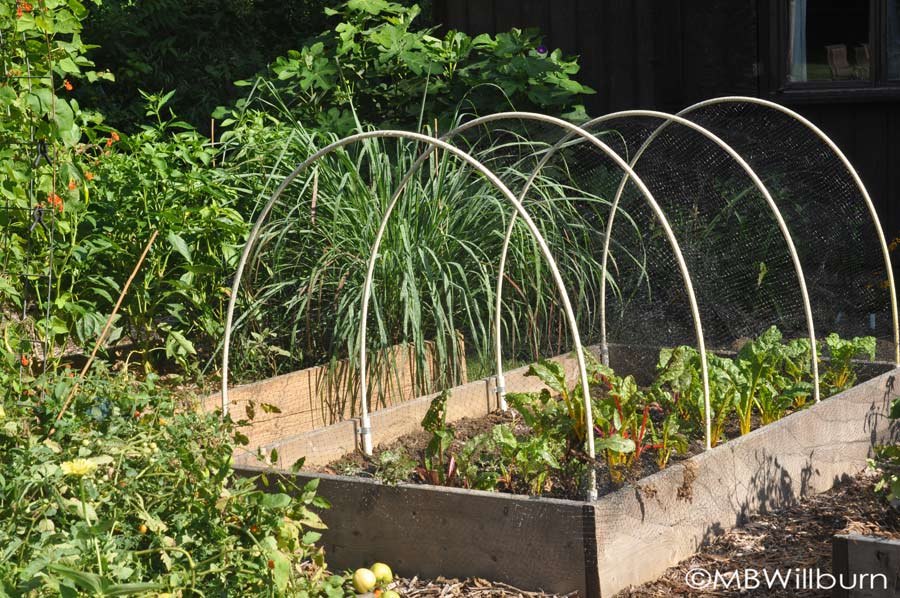 This year I resolved to either put in the raised beds or do without a veg garden.  By the beginning of April, I had eight constructed and was spreading cardboard and four inches of mulch on the surrounding paths.  Posts went in as a precursor to next year’s deer fence but in the meantime the PVC hoops that had ostensibly protected the earlier field bed from predators were now fitted into fixed brackets and held up off the ground and away from weeds – effectively removing the need to swear blindly during weeding sessions.

And so I have rejoiced this season at the order that has come into my vegetable gardening life;  but never more so than this weekend when I approached the onerous job of whipping the beds back into shape after a few weeks of Augustian neglect. 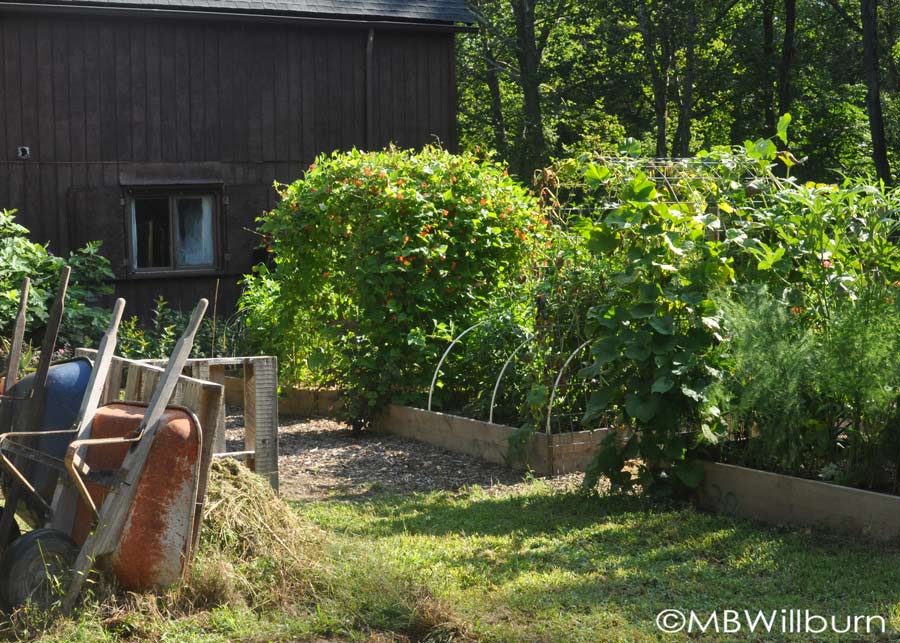 Last year such a task would have ended in tears. This year – a perfectly reasonable day of work ended in a satisfied smirk.

When beds are sharply delineated from paths and paths are sharply delineated from surrounding field, it is very easy to see where one must plunge the trowel and pull the weed. Field is not bed and bed is not field and one’s work is not lost in a sea of never-ending green. Thus were the beds tidied with a maximum of satisfaction to the parties involved.  That is to say, me.

This morning I sit typing away in the freshly mown sitting area overlooking these eight boxes of pure pleasure and have set my mind to building two more and beginning the color-planned flower border on the west end.  More work of course, but such is the way of all gardeners – when maintenance is cut in half, there are always new avenues of exhaustion to explore