No Respect for The Working Dog

No Respect for The Working Dog

The groundhogs I kill for this family, and THAT’s what I get for Christmas.

Gotta say, pretty underwhelmed.  Thinking Molly’s humans are giving her the run of Pet Smart right now and let’s face it, Frisco’s so damned spoiled he’s probably having his nails shampooed with the tears of angels while he licks steak tartare from a golden platter. 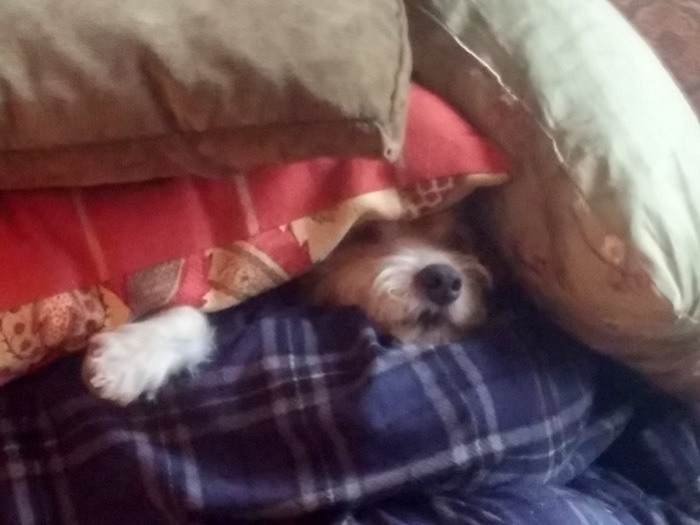 Wow. Thanks guys. I’d get up and thank you but then that would mean I was excited. You totally shouldn’t have [ever thought that a Nylabone would be an adequate gift for this Slayer of Groundhogs].

“Awwww…what’s that Mistress Budget?  You say all the cabbages have been decapitated?  That is a damn shame.  Well, I’ll just be over in the corner. With. My. Nylabone.”

There’s a good chance He might have sprung for something a bit nicer, but since He tends to buy presents on the actual day of the present-giving, I didn’t really stand a chance on the priority list. She’s pretty lucky She got something.

The Boy should have known better – since we’re sleeping together and everything – but The Girl probably talked him out of it.  She’s a cat person and only into dogs when they’re soft and ‘cute’ – like Frisco.

Blecch2.  If soft, cuddly and guileless is what you’re into, lemme just say right now, you’ve got no chance against the varmints. No chance. Wiry and shrewd is where it’s at.