Neither an Influencer Nor a Follower Be

Neither an Influencer Nor a Follower Be
[ed. The following article can also be found stirring up comments at Garden Rant later this week.] 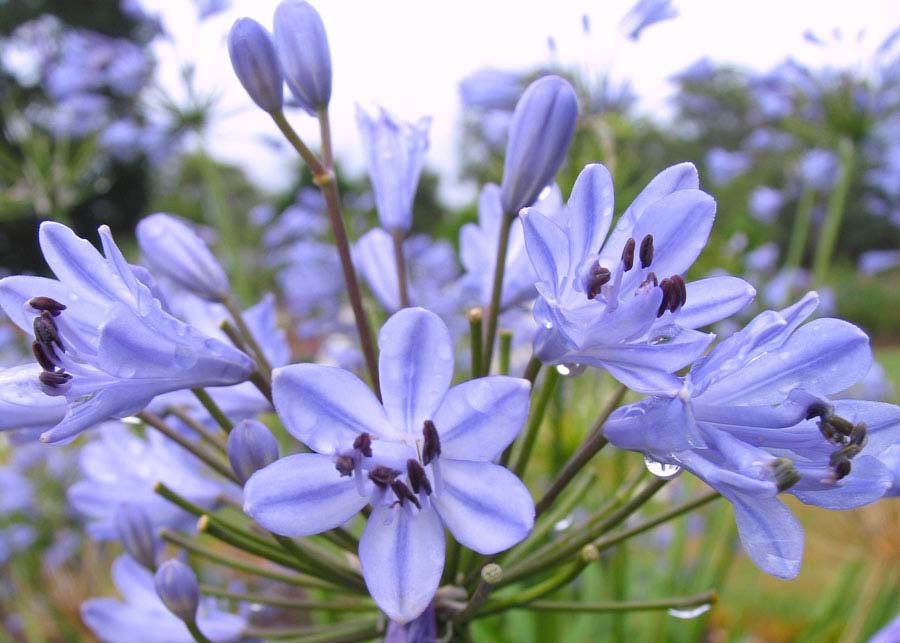 Tesselaar’s Blue Storm Agapanthus is worth growing because it’s a high-impact, no-nonsense plant, not because it typifies the 2016 Color of the Year “Serenity” – photo credit: Tesselaar Plants, 2006

Though I enjoy dressing well, I’m no fashionista. For the most part, I can ignore the “collar in or out this season?” “jeans high or low?” “fly up or down?” as I’m usually wearing heavy boots and dusted all over with the full body tan that only soil can provide. But to my horror, this drivel is starting to creep into the solidity of my gardening world, and not only creep, but be taken seriously.

Last week I was notified via a reliable garden media source closer to hipster than hip replacement, that Pantone, Inc., the [apparently] well known “authority on color,” had announced in a secret European meeting that the new colors for 2016 would be ‘Rose Quartz’ (a soft pink) and ‘Serenity’ (an even softer blue). Leading, one can only assume, to a heated lunchtime debate over the exact color of the sky that day over Milan.

The idea that my eyes will now be subjected to these two insipid colors for the entire run of 2016 – as retailers run to their designers to find new and horrific ways of flogging them to an unsuspecting public – actually makes the 2016 US Presidential election sound appealing.

Some kitchens are still living with the unfortunate choices of the 70’s such as “Harvest Gold” and “Avocado.” And I’m pretty sure that the 90’s “Overcast” is probably responsible for the entire grunge movement in Seattle.  If the cultural sycophants wish to subject their bathroom suites and naked legs to pastel colors, why not let them and continue to plunge my hands, and head, in the soil? 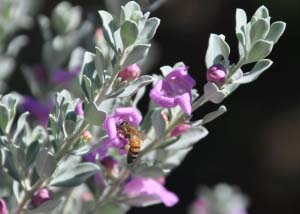 A garden trend-setter supping from the fusion of Serenity and Rose Quartz on Leucophyllum frutencens. I wonder if she knows it?

It’s not as easy as that. The concept-based retail experience that is now “the garden” has an attached billion dollar market that is growing in leaps and bounds. If we are not advertisers, we are categorized as either influencers or followers – and no one is expected to opt out.  “At least,” as Douglas Adams once wrote “no one worth speaking of.”

In this particular case, my job as a garden columnist – pardon me, influencer – (albeit of the small, innocuous variety), is to help fellow gardeners – pardon me, followers – get excited about these new colors and how they can relate to the thousands of dollars of garden tat – pardon me, merchandise – that will presumably be tinted in the “calming and compassionate” colors of Rose Quartz and Serenity. Flowers, containers, tools, clothing, good God, maybe your next pastel pair of Wellies. 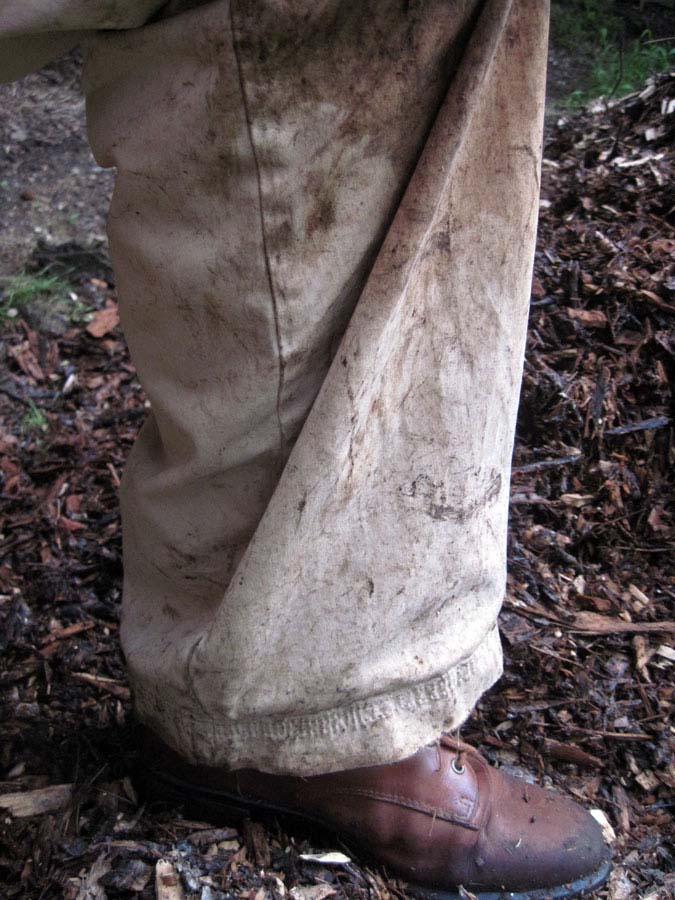 I find such consumerist nonsense neither calming nor compassionate. Instead it cries out for a third group of conscientious objectors collectively thumbing their trowels at the establishment. If a group identifier is required, perhaps it could be as simple as “gardeners” – a faction weary of the rampant commercialism in the gardening world, and the effort both to dumb down, yet over-complicate the processes and methods of gardening.  Seriously, if it’s as easy as 1-2-3, why the hell do you need 123 different types of pruner to make the right cut?

A trowel with a Rose Quartz handle is not going to make these and other truths any easier, and “influencers” moving further and further away from the actual processes of gardening in order to sell the latest and greatest to their “followers” – or worse, in order to garner more followers – are not doing those followers any favors. 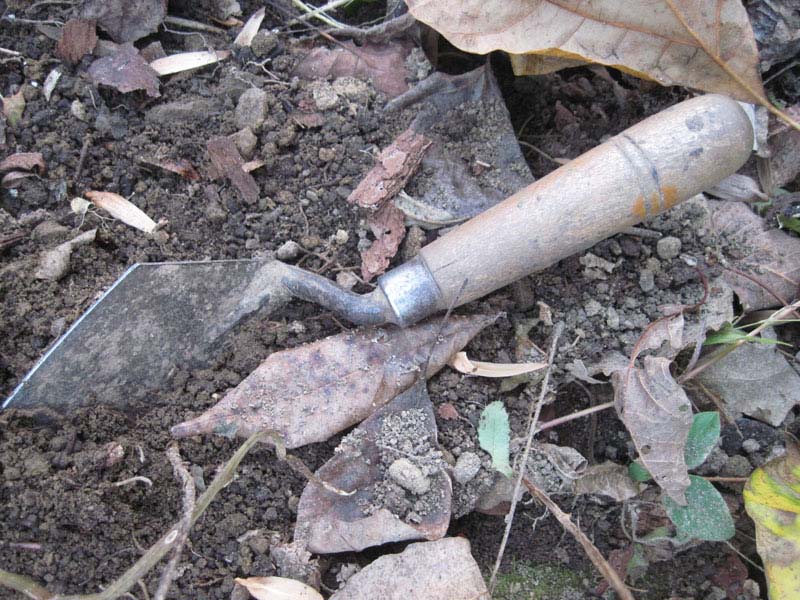 £3.99 at a London hardware store 19 years ago and worth every penny

There are good products out there. Certainly many are innovative and some are worth a small investment – even I can admit to this in the midst of my heresy. And, there are occasions such as holidays and birthdays which call for a bit of profligacy. However, I can’t help coming back to the fact that the 19 year old trowel I reach for every morning never felt the gilded touch of a bunch of secret colorists seeking the zeitgeist.