Just Wait Until Next Year

Just Wait Until Next Year

By the beginning of September, many gardeners are thinking about next year’s garden. Whatever failures have been experienced this year – whatever insults have been suffered – all are erased by a killing frost and the ability to start again.

I am just as guilty of the sweet pleasures of delusional thinking, but there is another reason that I look forward to a new spring. As the asters open and the windflowers sway in the September breeze, I am thinking of newly planted acquisitions maturing into another season. There is nothing so sweet as visualizing another year’s growth on a rooted cutting or a precious plant – particularly when most of one’s planting consists of tiny specimens.

[ish] Edgeworthia chrysantha. Where five little buds excited me two years ago, my reaction to thirty-five means I am either severely middle-aged or just need to get out more. Imagining it decked in snowball flowers at the end of February is, for a plant geek like myself, a bit like waiting for Christmas.

The [possibly] terrible winter that separates me from that beautiful fantasy is, as of now, also a fantasy; and cooler nights do not inspire fear, but instead serve to awaken the planting instinct. Why should I think of snow on unplowed roads or ice on guardrail-less bridges when there are naturalizing daffodils in the lawn to dream of? When I consider the lilies of the field, I am rarely considering them now, but instead considering them next summer sporting resplendent color, stronger, more numerous stems and a complete immunity to slugs. Fantasy tinged with potential.

We’re all waiting excitedly for something or other out there. It is generally said that a new garden needs three years to come to maturity, but few of us plant everything at once. Consequently, while some areas of our gardens are moving out of the nursing and toddler stages and on to driving licenses and late night curfews, there is usually something that we’re dying to see grow up.

My new bronzed Rogersia for example. It’s maddening to stare at two healthy but static leaves over the growing season and be forced to be patient with the growth that is going on under the ground of this future giant. Ditto my Fatsia japonica – especially as there is a very good chance that another hard winter will curb any great strides it has made in the root department. 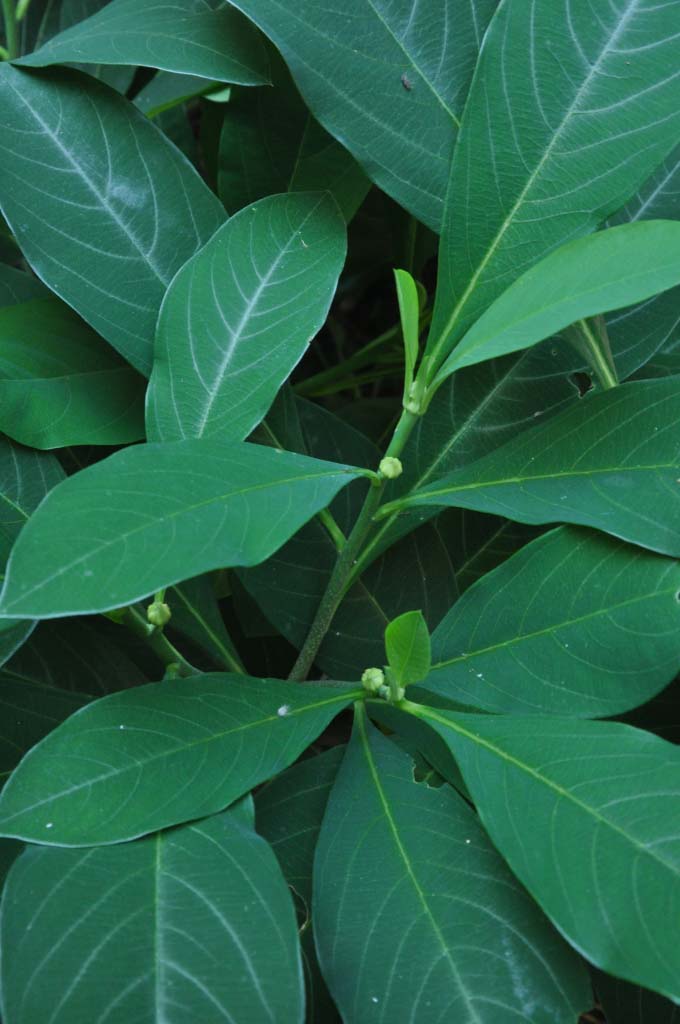 The same feelings apply when creating drifts of plants. Drifts, by definition, are large, flowing showstoppers and it takes a few seasons for plants to knit together and achieve this look – even if you have access to larger plants from the beginning. Patience (and a few well-placed annual plant distractions) is key.

Conversely, there is always the possibility that another year of growth will bring bad news – proving to you that you made a mistake with a particular texture, color or shape. Relax. It’s not the end of the world to move things and I do so all the time – but always in the knowledge that I just set the growth clock back by at least a season.

Unless you’re a landscape designer by profession, it can be difficult to visualize something in the landscape until it’s IN the landscape – and even professional credentials don’t make a gardener infallible. In his book Christopher Lloyd’s Flower Garden, the late renowned plantsman muses over a captioned photo of boldly mixed tulip colors with which he experimented, only to have his niece refer to them as “dire.” “She may have been right,” he adds, “but so what?”

Amen. The garden should be a constant surprise and a work in progress. If it wasn’t for our new experiments, we’d greet the shorter days of September in a state of panic. Hope – and spring, is already beckoning from the other side of the woodpile.