First, Do No Harm

First, Do No Harm

I intended yesterday to have a little walk around the place, observing what was and what wasn’t coming up.

But these things always evolve (some would argue, devolve) into a large scale something or other, and before I knew it, I had taken the serpentine bed almightily in hand.  A strong, sexy edge was cut.  Winter weeds were removed.  The grasses were sheared and their bodies strewn as mulch over the pile that cheekily refers to itself as hügelkultur in some circles and a shocking mess in others. 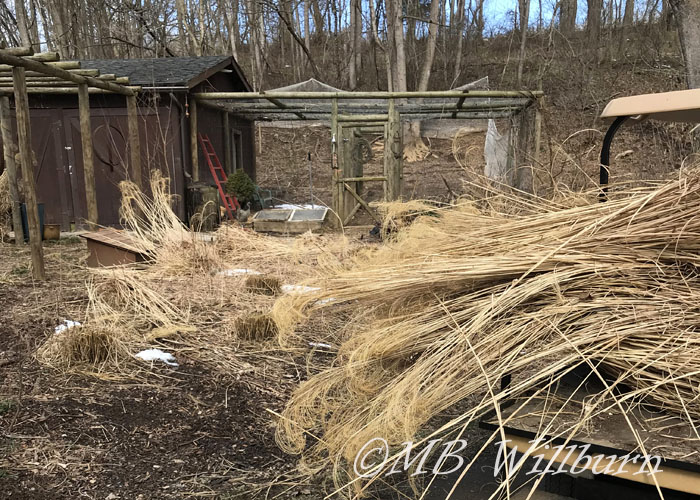 Through it all I stepped lightly.  The soil is wet and cold and accepts the pulling of weeds, but it is not interested in deepening the relationship with the resident gardener at this time.  That is fine – I’m only just getting back into this particular dating scene myself. 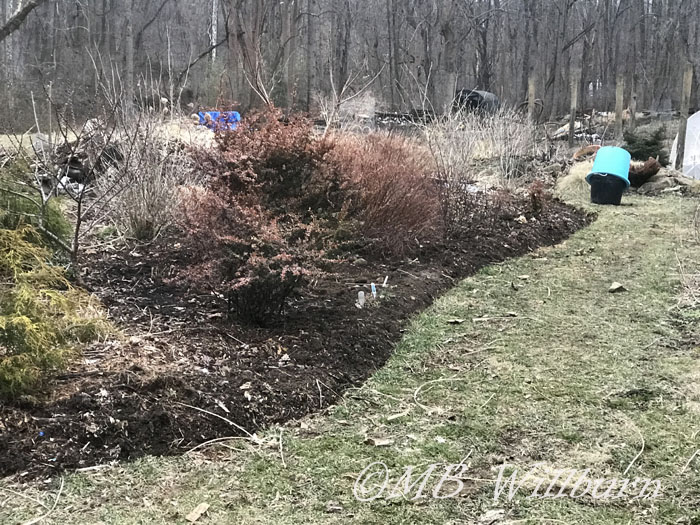 A gradual reclamation of the serpentine bed.

By the end of the day the bed was claimed but not clobbered.  A strong sense of accomplishment and good humor ensued and by rights should have been topped with a fine dessert and a clever comedy; but alas, current Netflix fare elevates grim over grin.  The night ended with an ice-cream bar (sticks not toppings) and a Ray Romano bait-and-switch assisted suicide.  Fabulous.

On the way home (for I travelled to be so assailed), I thought about how little one gains from such cinematic experiences, and how much one loses: in my case, one full night of dreams better devoted to new courtyard plans, and a morning spent pondering my mortality and that occasional twinge in my side.

In my twenties I could not get enough of hole-in-the-wall theatres showcasing the human condition in concentric layers of pain and pathos. But then, in my twenties, such encounters helped build my experience of the world, I having very little of my own to play with.  These days such realities are just a phone call away, and it takes me some little time to recover.

What need have I for fictional suffering? I continue to have arguments with beret-wearing friends on the matter, but I am steadfast – why trample the vulnerable soil of our minds before it is time?

Which brings me back to the issue of the awakening garden. 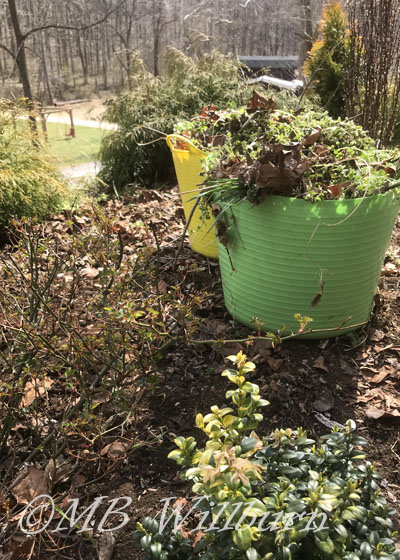 There is still much that can be done in the garden without disturbing the soil too greatly.

To everything a season

There is a time and a place for all – and the early spring garden is rarely that time and rarely that place.  It is exceptionally – painfully – vulnerable. Act with a heavy hand and you not only waste the sweetness of the season, you inflict damage that will take your garden a year or more to process and recover from.

Mud is not soil and one hopes that even the most bull-headed will not attempt to rule it. Work it now and you lose those beautiful oxygenating spaces left by worms and roots and insects and relished by microbial life. When most of us have blessed little paid help in the garden, it makes no sense to undo the help we get for free.

As for those moments past mudtime…to know when to work soil in spring might take some experience, but it is not rocket science.  Too dry, too wet – these are all matters a naked hand can settle. Grab a handful of your soil.  Prod it gently with your thumb.  Does it release itself into your palm, crumbling into small, moist particles?  Then grab the shovel and begin the season.

If it needs more than a nudge, and finally breaks apart into large cold clods – then it’s back to pruning, edging and weeding for you. No doubt a few containers could use some pansies.  Knock yourself out.

I speak of somewhat amended soils of course – either by our hand or by Nature’s.  Sodden (not muddy) clay soil is often the only kind into which you’ll sink a shovel without a hernia, and so the penalized must be forgiven for getting started a little earlier than the rest of us.  Hopefully you use that time to work in massive amounts of organic material, and bend with the knees.

This year we may all be waiting a little longer than feels comfortable; a plant friend who always seems to know such things damn him says we shall have a late, compressed spring.  ‘Why late?” I asked, feeling that the temperatures have been conducive to an early, flamboyant spring.  “The rain.” He answered, as if that answered anything at all, and had to be pressed for a few more words.

Ahhhh….yes.  Wet soil IS cold soil.  So say my hands, and my knees.  And though cold soil can be worked, wet soil…well, we’ve been through that above.  So it may take us awhile to get there.  In the meantime there is no shortage of tasks:

No need to harm your garden.

There will be heroic days and cowardly ones in the next few weeks – but let’s hope there is a dearth of cruelty. Instead, give your plants and soil the equivalent of a witty comedy – a light touch and a smart script – and you will be rewarded tenfold.

A version of this article was originally published in the Frederick News Post and is reprinted here with permission.