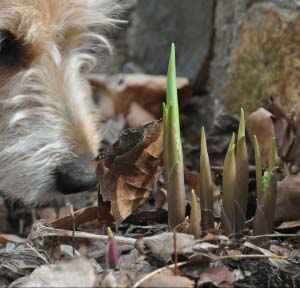 The crocus and winter aconite have finally appeared, only to find me standing over them, tapping my watch. Everything is a little late this year, but I will take that as an omen for a long spring and a kind summer – just as kind and full of mercy as last year’s. Although I know the surrounding vintners are hoping for a completely different season ahead (what with grapes being gluttons for punishment), I cannot help but hope for cool days and rain barrels overflowing through August.

Meanwhile, April is a month of watching the weather forecast and kicking myself once a week when I forget to close the cold frames in the evenings and consequently brown the lettuce. There are far more pressing things in the world to worry about of course, but a fresh salad goes a long way towards helping one cope with the latest global disaster.

It’s frightening to think of the hours of work that can be lost because of a moment’s lapse in memory. That particular cold frame is currently housing (amongst other things) two precious cuttings of the roses Ginny and Julia Child. Precious, because Ginny is no longer in circulation, and I’m too damn cheap to buy Julia Child. Rooted, and now leafed, the last thing either needs is a taste of the real world because I forgot to lock the doors at night. 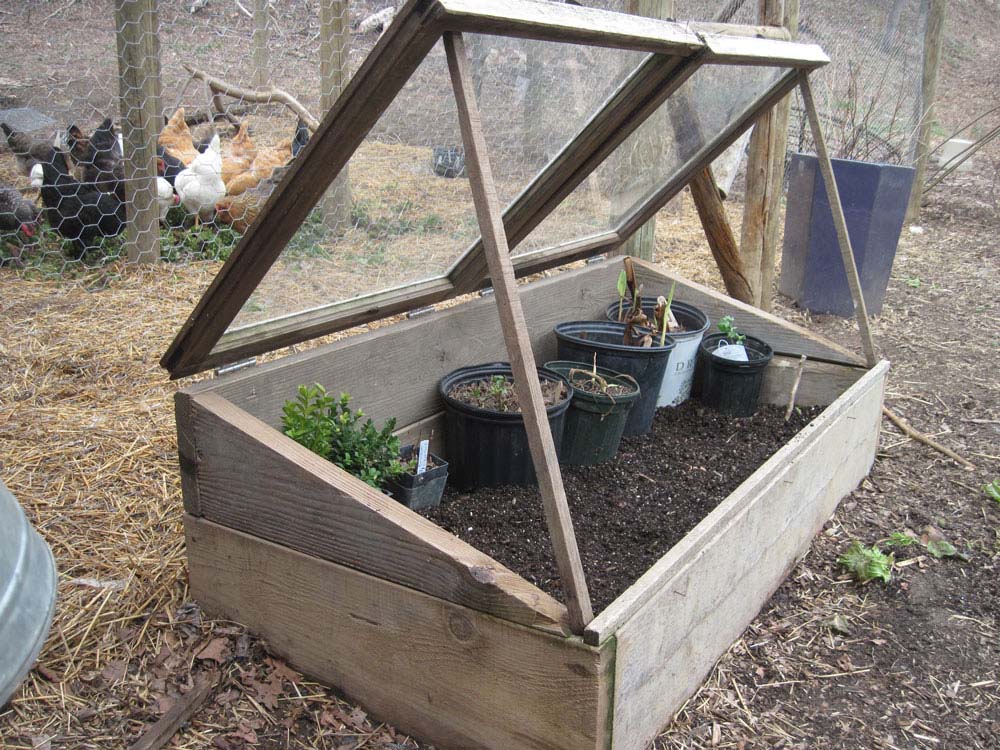 Extremes are what we’re afraid of, and extremes are exactly what we’re dealing with in early April – extremes of temperature and mood that would give my teenage daughter a run for her money. It is difficult to stay vigilant and not allow oneself to be soothed into a false sense of security by a warm day spent dividing ornamentals. It’s still dangerous out there.

Some things are quite happy…and quite safe. Peony and dicentra shoots have begun their upward thrust, and very soon the hosta will follow. It’s a pity for the hosta that I recently learned how deliciously edible they are sautéed in butter (just as one would sauté asparagus), but a joy for us that there are so many coming up in unexpected places. These self-seeded plain Janes are the reverted descendants of cultivars far grander than themselves, but no less edible. They currently share space with chickweed and wild sorrel and have me wondering why I should spend hundreds of dollars on deer-fencing the sunny vegetable garden when I’ve got perfectly good greens growing unmolested on the shady, dog-patrolled side of the creek. 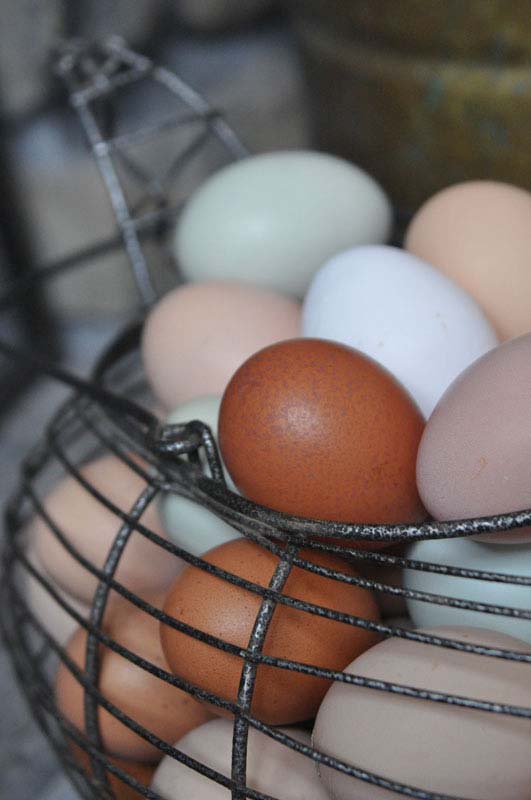 Dogs or no, the winter saw us down another three guineas – and I’m not discussing 19th-century currency. One by one these flighty, squawking, ridiculously stupid, ludicrously loveable birds have fallen prey to an early morning fox or late afternoon hawk – the predictable outcome of eschewing the safety of the barn for roosts in the trees. The only saving grace for my conscience is that a uniformity of appearance makes personalizing them with names impossible. They are “the guineas” only, perhaps soon to be “the guinea.”

Of far more use are the chickens, which are one of the few living things (fauna or flora) aware of spring’s arrival. Thankfully, their egg-laying is tied to lengthening days and not the freakishly cold daytime highs that have recently assailed us. It’s custard for breakfast, lunch and dinner round here – and omelets the week after that – but I’m certainly not complaining, as the quality of the GMO-free feed I am using, coupled with fresh greens and table scraps, are producing protein pods worthy of a king’s table.

April is the month for spinach…for a second or third sowing of peas…for a row of radishes and a bag of onion sets that will make you feel guilty you can’t use all of them. Well, thankfully there’s finally a worthwhile use for Facebook (besides sharing this column with friends of course). Take a few pictures of your leftovers and post them online for the benefit of fellow local gardeners like myself who just wiped out their entire flat of tomato seedlings by leaving the cold frames open last night.

I knew we’d come back to that in the end.