This week I want to sincerely thank Scott Beuerlein, friend and columnist at Horticulture magazine, whose irreverent column about British garden writers got me out of my funk and racing for the laptop to write a rebuttal for Garden Rant.

Do you keep to regional garden advice or do you like to dip into voices from other areas of the world?  I make the case for dipping.  And in the case of the Brits, drooling.

Given a choice of dinner companions at an industry event, with fourteen topics on the table and the wine flowing softly and smoothly, Scott Beuerlein would be at the top of my list. He is entertaining, clever, and charmingly self-deprecating — and an excellent conversationalist.

That’s why it pains me greatly to say that he has his head right up his smart ass.

When, in his July/August column for Horticulture[i], he advocated for the total abandonment of British garden writers by American gardeners, and went so far as to tell the late and sainted Beth Chatto to “bugger off,” he no doubt knew he’d get some pushback.

And as it happens, I’m just in the mood. 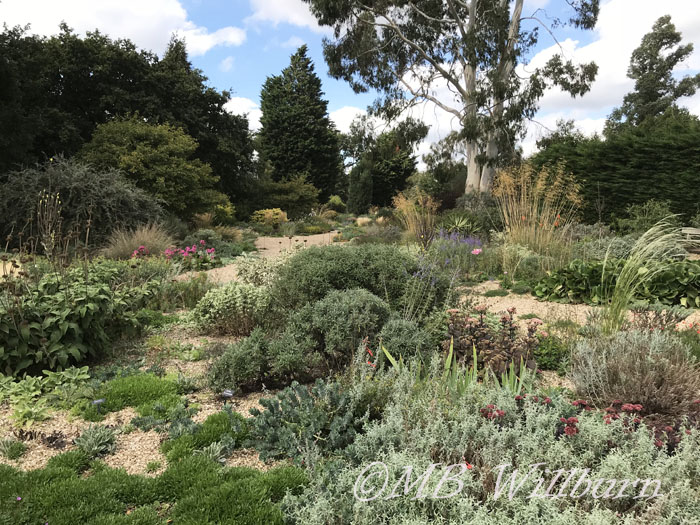 The dry Gravel Garden at The Beth Chatto gardens near Colchester in Essex.

“Brit garden writers have had it so good for so long!” he wailed. “[Their] books, gloriously illustrated…filled with classic design ideas and expert care instructions – are naught but works of deception.  They have brought us Yanks nothing but suffering and heartbreak.”

Beuerlein’s passionate words went on to decry the injustice of meconopsis. Christopher Lloyd’s name was taken in vain. A Big Gulp was inexplicably referenced.

“Just sell your damn books to the Australians,” he ended. Or at least he should have done.

I am not a British garden writer.  But I admit to a dog in the fight in that I hold two passports.

Although one of them will no longer be looked upon with favor in European airports after Brexit (the other one never was),  I have a certain fondness for… [Read more at GardenRant.com]