Brown Is The New Green

Brown Is The New Green 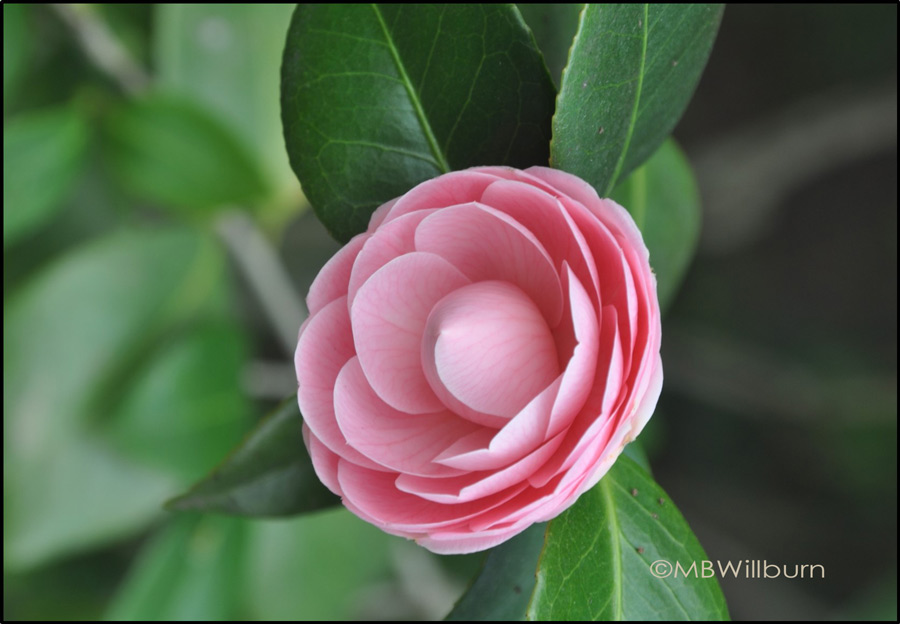 John Willis and I have been discussing camellias this month (MacGardens.org).

Or rather, he has been emailing me pictures of his mature specimens, blooming happily, and I have been weeping over my new acquisitions.

John and his wife Beth are excellent gardeners, and though I am very happy to have them close by, it would be much better for my ego if they lived about 200 miles south and their ridiculous record of excellence could simply be put down to ‘Zone 8.’ 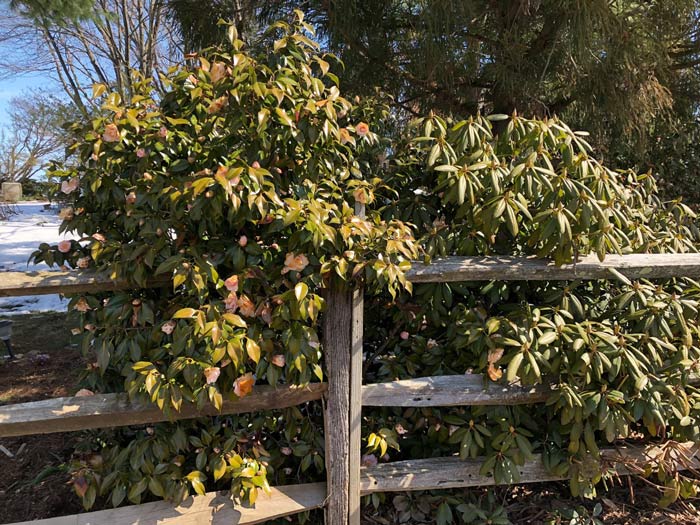 One of John’s camellias, blooming in March. And this is its ‘bad side.’ (photo: John Willis, MacGardens.org)

Recognizing my sensitivity on the subject – perhaps due to the adjectives I used to describe the vagaries of winter this year – he was kind enough to admit through otherwise transparent boasting, that while “the shady side is very glossy and green …the sunny side shows the bronzing that you are probably seeing as well.”

Bronzing?  Ha! I can only dream of such things.  Around here the color of anguish is brown.

What did you lose this winter?  Let me know in the comments below

It was a hard winter for my broad-leafed evergreens, and perhaps yours too.  A period of very early, very prolonged, very low, lows in December coupled with little in the way of precipitation throughout the winter did a number on those once glossy leaves.  Examining plants now, I am very aware of how long it will take many of them to recover – some perhaps not at all.

At the top of that list is Mahonia eurybracteata ‘Soft Caress’ – a  fabulously ferny cultivar that has pulled through the last two (albeit mild) winters with flags flying, only to be knocked out by a December sucker punch. 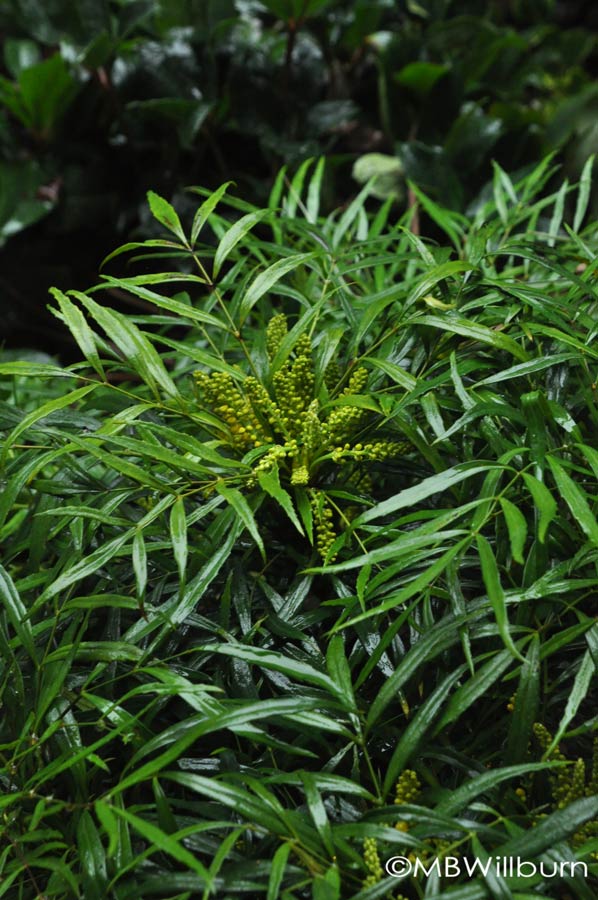 I will grow it again – it is just too wonderful not to.  I cannot give it more shelter than I gave its predecessor – but a bit of burlap might remediate the early morning sun that appeared after we lost a large tree on its southern side.

A sister shrub – M. eurybracteata ‘Marvel’ has done better (as it should with a Zone 6 designation).  There is a bit of browning, but there is also the beginning of blooming – and that is as good a sign as any.

The chindo viburnum (V. awabuki ‘Chindo’ ) was partially defoliated – but as this seems to be a constant winter reaction to my cool stream valley with its whistling winds, I expect little sympathy.  Ditto Fatsia japonica, though each year it is a little taller as it stands, naked and shriveled outside the guest bedroom. I do try and warn the guests.

The Daphne odora has survived, two blooms to its name – but then, it is only 12 inches tall and two blooms is one better than last year. (This is where my husband chimes in to tell me I am officially middle-aged and young women do not even think statements such as that last one, less say them out loud. He is right, but I shall continue.)

Even the coniferous evergreens had to gird their loins in December – shriveled or otherwise.  I have browning on various species of chamaecyparis, juniper and thuja and, once again, the little sequoia cultivar ‘Atlanta’ poked its head up during the summer and found that when winter came, it wasn’t nestled in a warm California grove, or indeed, a Georgia suburb.  “Root hardy” tends to lose its appeal when one is discussing trees that should tower.

Some shrubs did well, such as Mahonia aquifolium – though not much surprise there, and I find myself vaguely and irrationally irritated.

My landscape star this year was certainly Osmanthus heterophyllus ‘Goshiki’ – which did not suffer so much as a scratch.  Look on my glossy variegated leaves, ye Mighty, and despair!

Yes, I know it’s a stretch, but it makes me grin.

And about those camellias Marianne….

Right. As much as I’d love to run out of copy space to avoid writing about them, there is still the matter of those camellias.  Therefore, let me be brief – much like their lives upon this earth.

Let’s focus on the positive first: I knew to plant them in the spring, even if I bought them in the fall (recommended in northern, not southern climates).  I knew to give them shelter from wind.  I knew to keep them watered, particularly through winter warm ups, and I knew that north walls were preferable.  I gave them one.

Apparently, what I did not know was never to buy sorry looking fall clearance camellias without a greenhouse – even if they are 75% off, five-gallon specimens that normally retail above my comfort level.  And I missed the note about never giving them fertilizer in the fall – no matter how sorry they look.  Dormancy is key.

What can I say? I’m a mother first, gardener second.  I see wounds, I instinctively administer medicine.  Had I simply read the late Dr. Ackerman’s book Beyond the Camellia Belt: Breeding, Propagating, and Growing Cold-Hardy Camellias (2007) before, rather than after the buying frenzy, I might have kept my wallet in my pocket and had one less tragic camellia story to share.

The good news – according to Dr. Ackerman who hailed from The National Arboretum and spent much of his life breeding cold hardy cams – my plants are mostly dead only, and therefore slightly alive.  A good cut back and in three years we might be able to go through the whole shebang again.  John should be thrilled. In that time period he’ll be able to share a further twenty-six award-winning photos of his camellias with me.