The Garden in April

The Garden in April 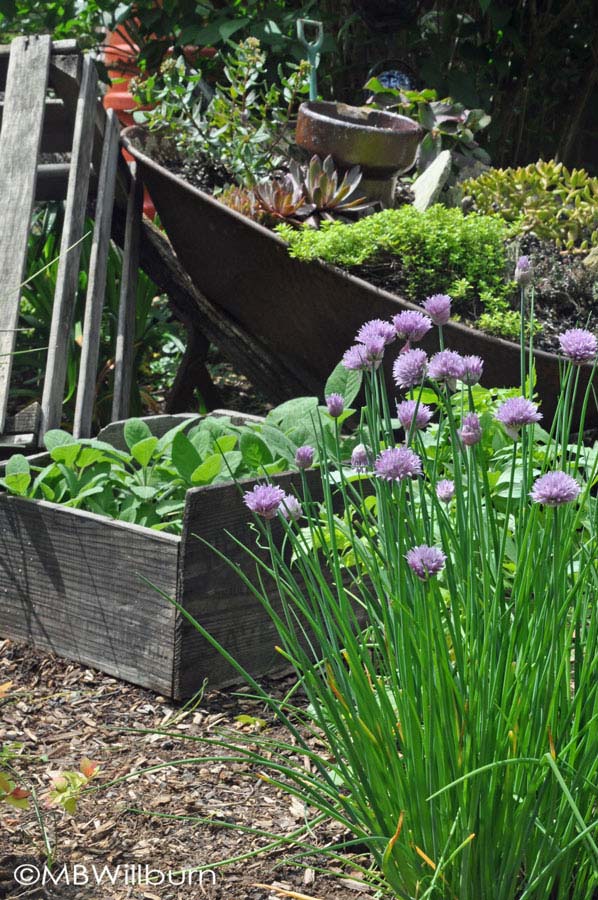 The signs of spring right now are real, but can feel illusory when the wind begins to gust or the sun is covered by a passing cloud.

But assuming that the earth has not fundamentally changed its course, we should be standing now at the beginning of something wonderful in the Northern Hemisphere. And that is something to be grateful for in the midst of other worries.

Remember that the outside world can have a transformative effect on our mood.  Whether you have a tiny patio or a large back garden, I urge you to take your paperwork outside – take a drink outside – take your spouse outside — and enjoy it. Even in a tiny flat you can sit near the window and observe the season unfolding below.

With increased sunlight, warmth and day length, April is traditionally the month when non-gardeners start thinking about gardening. The majority stop thinking about it somewhere in July, but a there are always a few that discover a pastime that will stay with them the rest of their lives.

This year, with the world extremely concerned about job losses, supply chains and the economy in general, there is even more interest in growing food and being outdoors; last year over 20 million new gardeners were welcomed into the green fold.

There’s a ton of advice out there, but my top two tips are: Grow vegetables and herbs that you enjoy; and, do yourself a very big favor and start small. You will get the most from a garden that doesn’t exhaust you. 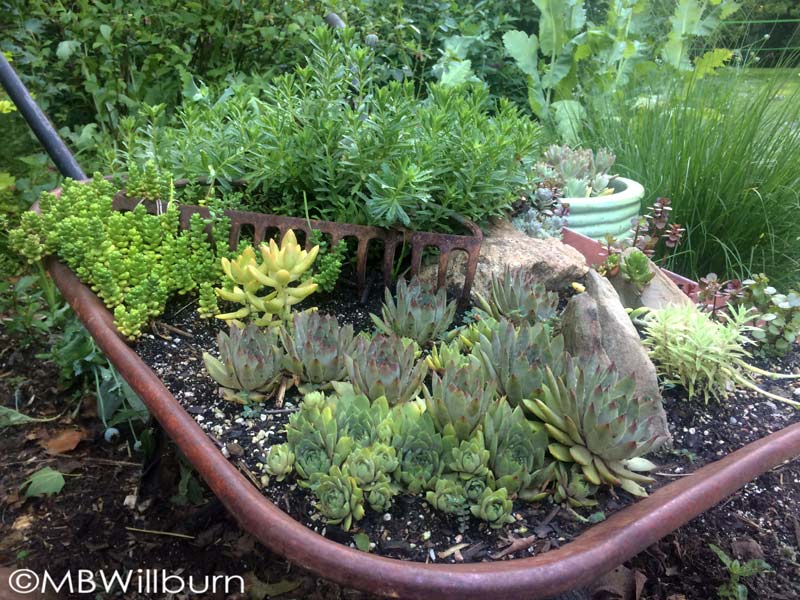 One of my favorite Robert Frost poems, ‘Two Tramps in Mud Time,’ captures the essence of April as a transition month and illustrates the joy that can be gained in finding avocation in vocation.  In Frost’s case, cutting wood.  In mine, and probably yours, gardening.

Below are a few things you can do this month to pursue that glorious vocation, but we’ll start as we have in previous months with a bit of plant lust:

“I should have planted that!” for April’s garden

Carefully observing neighboring gardens month-to-month and putting in some of the wonderful things you see during the next planting season allows you to successfully increase your garden’s display season without having to experiment too much with timing.

Mertensia virginica  – (Virginia bluebell)  Z3-8. As joyful as these delicate, ephemeral plants are, I’m surprised I haven’t recommended them sooner for the blustery, beautiful month of April. For four years I have been planting as many as I possibly can in both late winter and early spring to [someday] create a woodland garden that is filled with their emerging purple tinged foliage and light-blue nodding flowers. I can now see some of those clumps from the window – a glorious sight! 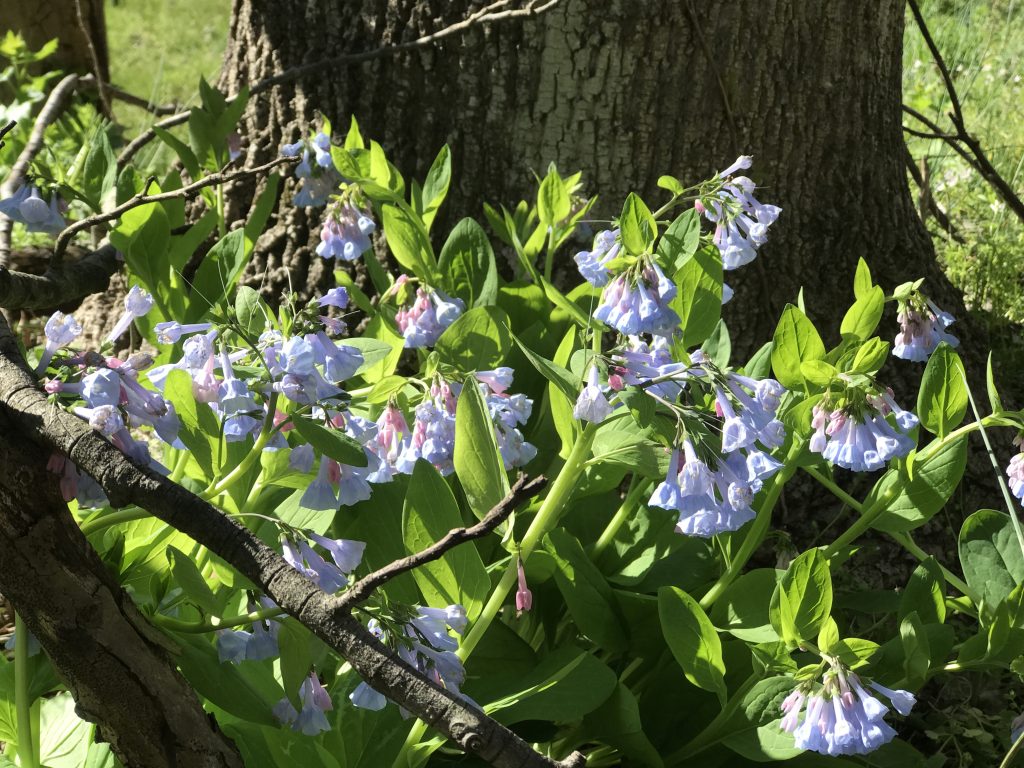 Like epimedium, this is a plant which is unlikely to ever be featured in the Big Box stores. When you see it in your independent garden center, and it looks healthy, grab it, and add a little bit of ephemeral beauty to your woodland or shade garden.  You are more likely to find it from reputable online sources that specialize in native plants.

The common name “Bluebell” refers to many species all over the world (which is why botanical names are so useful). This native Missouri bluebell pushes up through woodland leaf litter in mid-to-late March in my garden, blooming in late March to early April (depending on the weather), and slowly forms large clumps that will in turn, seed into the soil nearby.

The nodding, light blue clusters of flowers held above the ovate leaves begin by budding pink, and have an iridescence about them which is captivating, Sometimes you’ll come across a rogue all-pink “blue”bell.  The blooms are not harmed by freezes, but if Mother Nature turns the heat up high, you’re likely to fry those ephemeral blooms. 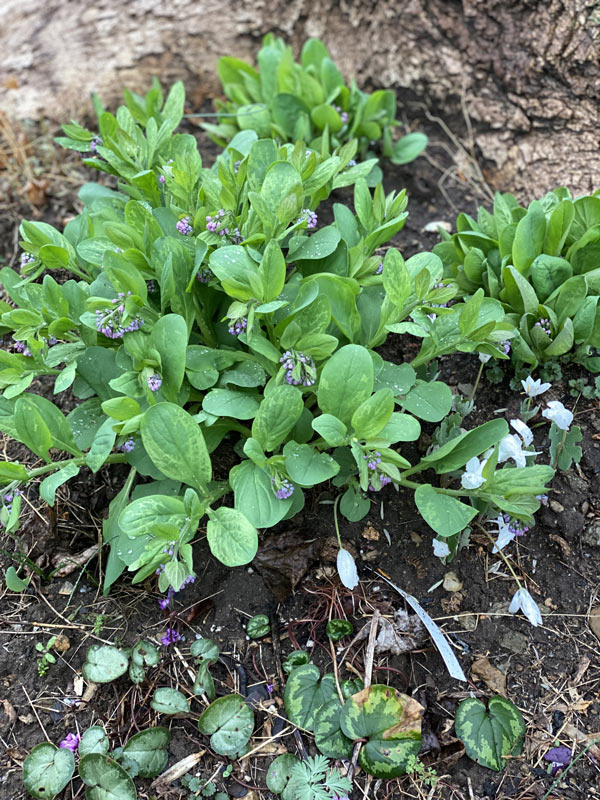 After blooming, mertensia foliage extends a little taller, and then slowly dies back to the woodland floor, storing that energy into a tuber.

If planting from an online source, make sure that you get them into the soil as quickly as possible, as they do not take kindly to drying out.

Virginia bluebells appreciate a soft, fertile soil in deciduous woodlands or winter sunny garden beds with average moisture.  Use lots of leaf compost when planting if your soil is heavy.  The tubers can be planted about 2 inches below the soil in late winter or early spring (or any time you find them at a garden center!)

They are a seasonal treat, and to be cherished.

As always — the tasks I list for both the indoor and the outdoor garden are just SUGGESTIONS.  You cannot do them all. Neither can I.  Work on what makes the most sense to get the most out of your garden.

♦ First and foremost:  WAIT to pull something out that looks dead.  You’d look pretty rough too if you’d been outside for the last few months.  A rotten or softened stem is a good indication of death – but for all other “mostly dead” shrubs – just give them a few weeks to prove that they may be “slightly alive.”  Sprouting from the base might be your first indication, and takes time.

♦ The same can be said for whacking back shrubs that may have budded early then suffered through a few hard freezes in March (or April!).  Take a wait and see approach and you may find that blackened buds are also only mostly dead (Miracle Max was a wise man).

♦ A great month to plant trees, both evergreen and deciduous.  Though fall gives them a bit more of a root start, early April is still a great choice and is THE choice for trees that are marginally hardy in your zone.  Dig those holes wide. 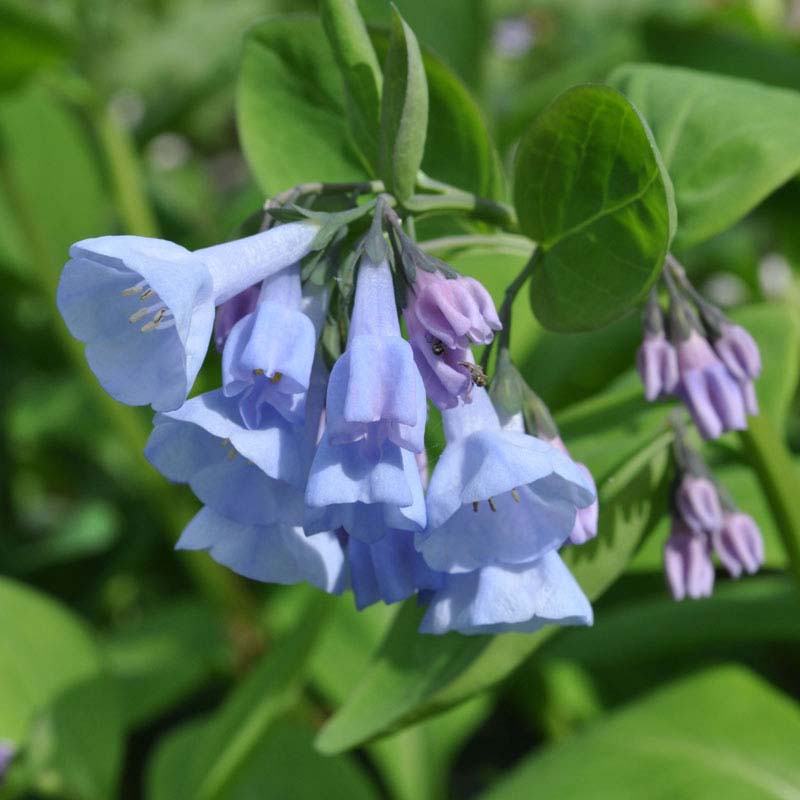 ♦ Cool season weeds are out of control.  Get them up and out before they set seed and create more of a problem.

♦ Fertilize vegetable and ornamental beds before planting.  I use Espoma Plant Tone and Holly Tone  –  high-quality organic fertilizers that are a nice mixture of bone/blood meals, alfalfa meal, and a few other micro-nutrients thrown in for good measure.  Compost and humus increase the ability of your soil to hold moisture and sustain plant life, but actually contribute very little to the fertility of the soil –  which means vegetables with less nutritive content.  Look into fertilizing and feeding your soil, not just amending it. 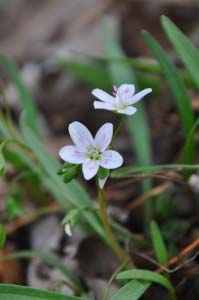 ♦ At the beginning of the month, we are still in time to plant peas but not too early to plant kale.  If you are a Mid-Atlantic gardener, check out this excellent planting guide from University of MD Extension service – here.  You’ll find all the dates you need.

♦ If you decide to plant warm weather plants such as tomatoes and peppers by the end of the month, keep a sharp eye on the weather.  The Mid-Atlantic is not immune to late April frosts.

♦ Check fences and gates for broken pickets, hinges and groundhog holes and repair them.

♦ Set out staking for large floppers like peonies so that the plants can grow through the staking – which always looks more natural.

♦ You may be sick of many of your winter refugees such as coleus, citrus, schefflera, agave etc…  Do not jump the gun and throw them outside as soon as temperatures are feeling a bit warmer -the shock could easily kill them.  Keep an eye on overnight temperatures – most pampered plants are not going to handle new digs outside until late April/beginning of May.

♦ Water-forced bulbs should be discarded after flowering.  Soil-forced bulbs need some rest and a spa in Switzerland – but a back part of your garden might do just fine as well.  Don’t expect much from them for a while.

♦ Inside plants should be fertilized, and now is an excellent time to re-pot them if they have grown pot bound.

“The sun was warm but the wind was chill.
You know how it is with an April day,
When the sun is out and the wind is still,
You’re one month on in the middle of May.
But if you so much as dare to speak,
A cloud comes over the sunlit arch,
A wind comes off a frozen peak,
And you’re two months back in the middle of March.”