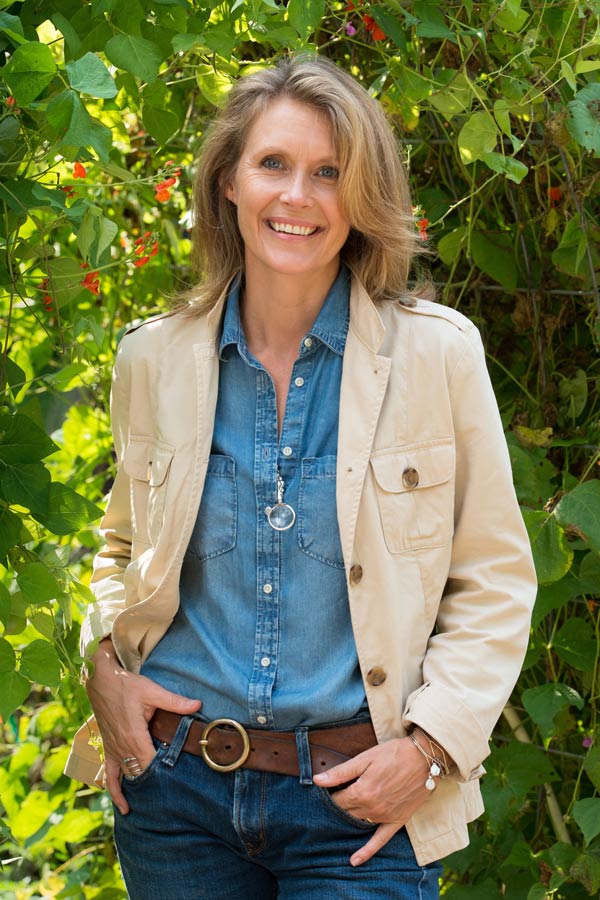 Me.  The somewhat short version:

I’m a garden columnist. Mother Nature provides a lot of material with most of the humor written in. Quite frankly, I’m getting away with murder.

I’m a gardener. This point might seem obvious – but you’d be surprised how many garden experts either don’t have a garden, or don’t spend much time in the garden. The garden is as much a part of my written work as the words themselves. That’s why my back hurts and that’s why the idea of taking time to tweet every few minutes makes me laugh out loud.

I’m a self-taught gardener. Before you quiz me on my Latin (pretty good by the way), consider the many incredible gardeners and garden writers that have said the same: Monty Don, Martha Stewart, Beth Chatto, Vita Sackville-West, Amy Stewart, Pamela Harper to name but a few. I’d love to go back to university for a Masters in Horticultural Science but the next point might explain why I’m not.

I’m a mother of two, wife of one.  Which means that I’m currently hiding in my bedroom trying to put a paragraph together before they find me again.

I live in a small town within the commuting shadow of  a big city. Washington DC to be precise, which is why I have to spend so much time in the garden.

I recently moved onto ten acres.  There is the distinct possibility that this was a poor choice for my life expectancy. Nature wants it back, and she’s willing to use every weapon in her arsenal if that’s what it takes. While I wrote these words, the honeysuckle took over the chicken coop and fourteen copperhead eggs just hatched near the barn. 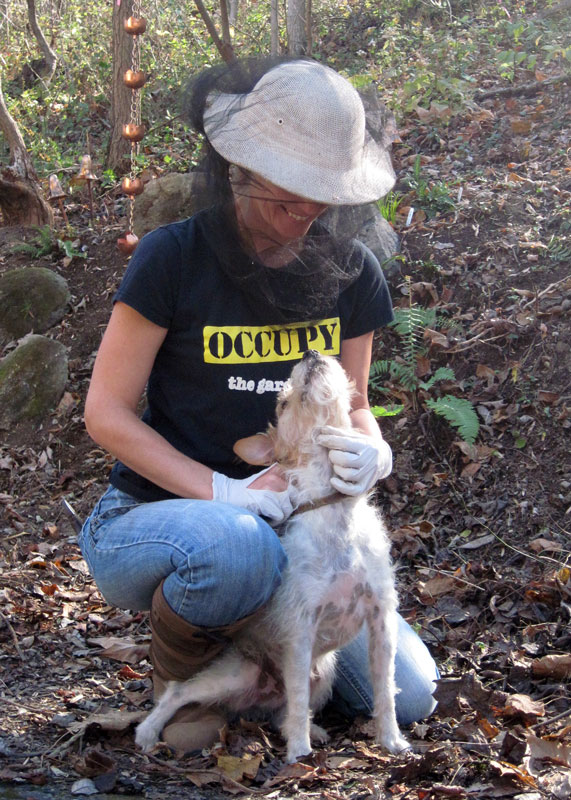 I’m a California native from the foothills of the Sierra Nevada. I grew up where the Donner Party ate each other. I therefore have little time for the Mid-Atlantic version of a “snow day.” I know what a Western pocket gopher is and what it can do to you psychologically to have a sister taunt you with fresh lemons in February.

I’ve lived and gardened in many diverse places. I’ve had patio pots stolen in London, tomatoes dusted with exhaust in Pasadena, kept houseplants in a shoebox in New York City, and been told to get rid of my chickens in Mid-Atlantic suburbia. When you’re a gardener, you don’t wait for the perfect place – you just do it.

Yes, that’s a gnat hat on my head. It’s a Mid-Atlantic thing. Except it’s not. Everyone else tries to pretend the gnats really aren’t that bad. Except they are. I’m not pretending. See ‘California Native’ above.

That’s Mungo. One of the best Jack Russell Terriers we have ever had. Boy is he scruffy, but he is with me wherever I am in the garden, chasing flying weeds and flying dirt and keeping an eye out for groundhogs.  He has a ball fixation that borders on the absurd, but it sure makes a great party trick.

I’m a rabid proponent for getting off your computer and into your garden. And I’m not going to sugar-coat it. Gardening is hard work, but it’s some of the most spiritually and mentally rewarding work you can do. If you do too much of it in a virtual world surfing Pinterest boards and chat forums, you are in grave danger of losing the point. Get connected in a different way.