A Beech for All Seasons

A Beech for All Seasons 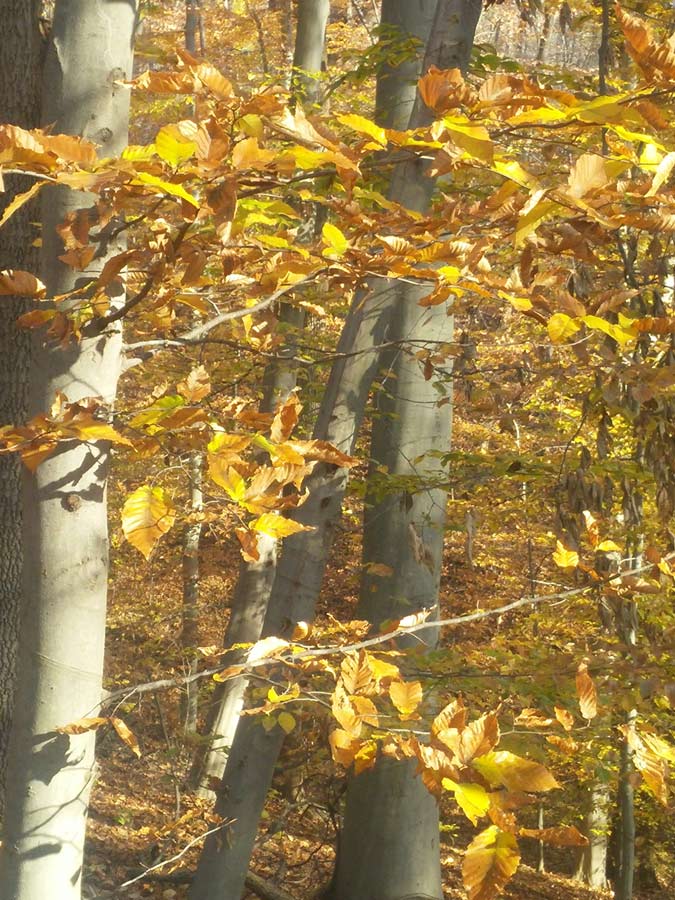 Well, it’s happened. The leaves are more or less gone and it looks like winter out there.  A friend writes on social media “‘Tis bitter cold. And I am sick at heart.” – though he might be referring to something else entirely.

I myself am in a Midsummer Night’s Dream frame of mind, thinking more of what is to come than what has been, and recognizing that Puck is always around the corner, sprinkling a bit of mischief where I and others have made great plans.

In the garden, the last of the Sheffield mums are holding out, providing posies for indoor bathrooms, and fodder for late autumn photos. This morning, on a quest for both, I was happily diverted, struck by the beauty of the American beech trees dotting the now naked woodland around me. Mesmerized, I promptly dismissed the flowers – lured instead into the forest by fiery orange beacons that until a week ago remained unlit.

There are not many. The fairly new succession forest that surrounds the house is primarily composed of tulip poplar, box elder and ash. But with the ash on its way out thanks to the attentions of an emerald green admirer and a host of bark-ravaging woodpeckers, it is good to see a few new faces ready to fill the gap.

The beech will be welcomed more than most. What a soft spot I have for this intensely beautiful tree that can dominate the understory of some lucky forests, yet stand alone as a specimen in great gardens. 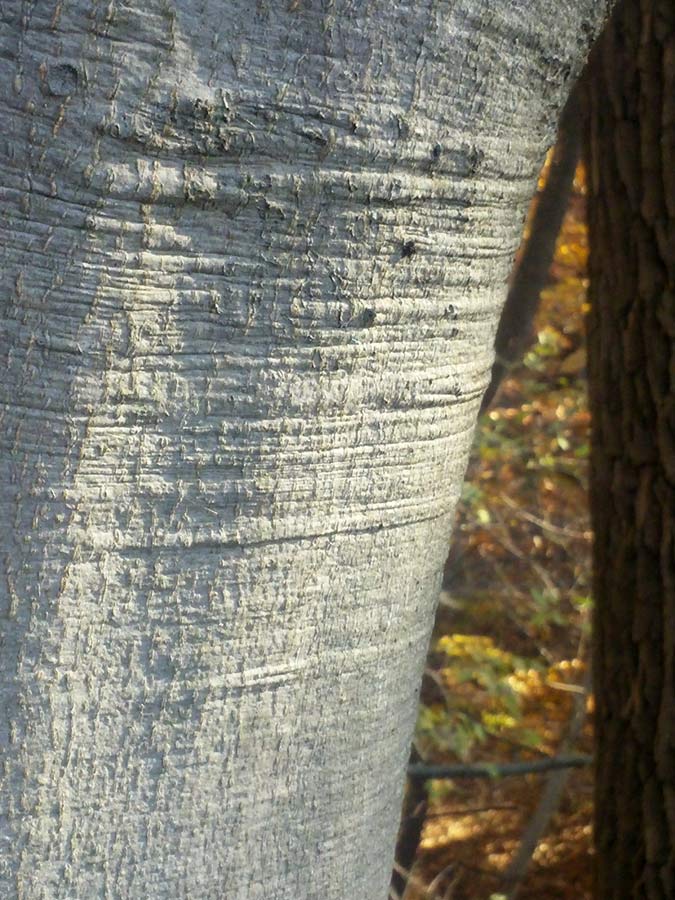 Beech are some of the last trees to color, and they do so in strong shades of bronze-yellow that appear when the forests around them have shed competing hues.  Thus is fall extended and the naturalist delighted.

They are root hungry, with shallow, widespread systems that do not encourage competition, and so it is often that woodlands with a high population of beech do not suffer from the same invasive ground mat of wineberry, multiflora rose, green briar, barberry and the like that make walking through the forest a competitive sport around here.

Young specimens will hold onto their toothed, paper-like leaves throughout the worst of the cold weather – providing stunning winter views until bright yellow-green leaves emerge in spring. Within a few short weeks, summer will then once again conceal these noble trees in a forest of competing foliage.

We’ll still find them. Melanie Choukas-Bradley in her book City of Trees calls the American beech “the favorite tree of lovers” with an “irresistibly smooth grey bark” that invites touch (and forever-paired initials). Instantly recognizable, mature trunks put me in mind of Tolkien’s Middle Earth oliphaunts – colossal legs petrified and rooted to the ground with strong, visible tendons. There is mysticism there surely. 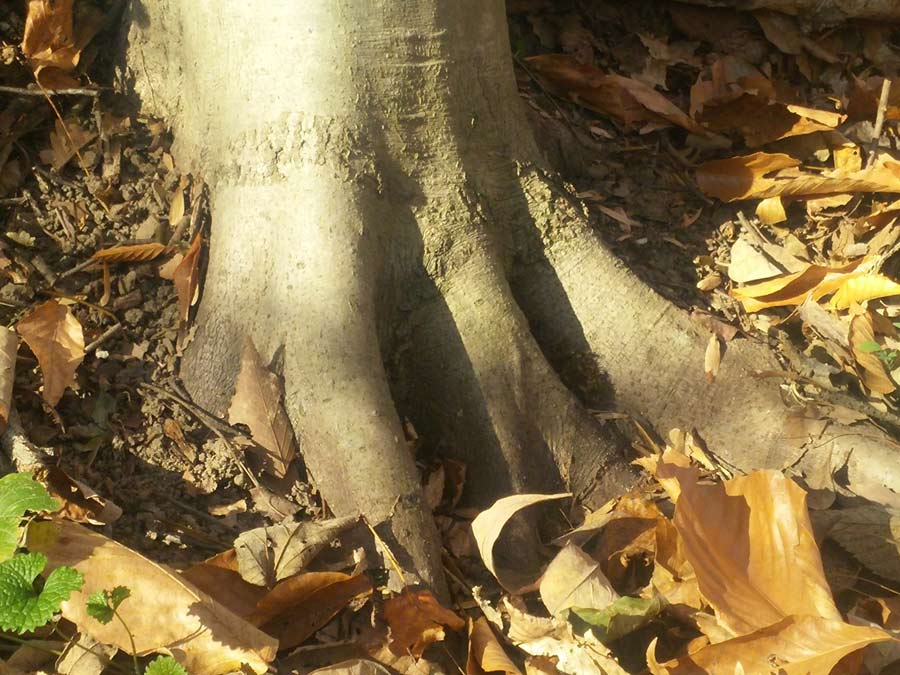 Planting a copper beech (a form of European beech) has been on the top of my to-do list since we moved over three years ago – but the expense has stopped me, as has the responsibility of properly siting a tree that will eventually dominate the surrounding area.

Friends have the same idea for their new place and tend to move much faster than I; so I must prepare myself for the inevitable invitation “to see the garden” that ends with me standing in front of a newly planted specimen and weeping bitterly. Thankfully these friends are not without mercy, and will at least provide a great glass of wine with which to swallow that particular pill.

Beech can grow in sun or shade, but do not transplant easily, so I have resisted the temptation to rob my woodland of a small sapling. For now I will enjoy them as they have planted themselves,  unexpectedly calling me away from the tasks of autumn and filling my heart with a wondrous appreciation for the seasons.